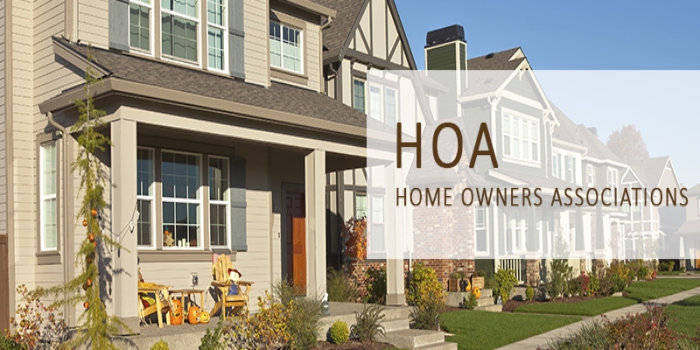 People living in communities have to follow Homeowners Associations (HOA) rules of that area. They have the powers to make rules and to regulate them in the state’s community. They have the powers of communities shared spaces, and are responsible for collecting dues, holiday decorations, parking lots, and community centers. The list of powers can be large in some states, and small in others. Though, every state has different limitations on the powers of associations.

Here are some common concerns of most of the homeowners association

Collecting dues is the trickiest thing and the foremost reason behind communities outsourcing HOA responsibility from another company or professional homeowners association attorney. These dues are generally used to pay for maintaining staff and the upkeep of shared spaces. There are some states which made residents paying these dues as unconstitutional. Though, there are states which have hard laws for residents missing any payment. The associations are involved in some lawsuits, so homeowners consider living in areas having less and strict associations rule. The homeowners should make it a point to check that the updated rules are according to the homeowner’s guidelines of that particular area and every policy is implemented from the policies handbook.

If homeowners’ association’s is making harsh rules, there are laws made which restricts them from crossing the line. Various laws made for the association says that proper enactment and enforcement of rules is essential to balance out any drawback identified in the group. HOA has various regulations which say that they can’t discriminate to buy you a house or fine you when you purchase a home in the neighborhood owing to different ethnicity or race.

Different states have unique protections laws to safeguard the homeowner’s rights, to stop harassment for any sexual orientation and gender identity. Few HOAs think that they’re above the law but you can challenge that rule if it’s making you uncomfortable. There are likely high chances that the homeowners have an upper hand in the court of law. When the association’s governing documents say something and rules are different. The homeowners can demand a hearing with the help of HOA attorney before the board and if they are not doing anything regarding your demand, they are advised to go to the actual courts.

When the homeowner successfully files a lawsuit, they get a resolution in stipulated time after following a process for any doubts of the law. After filing the case, do not forgo opportunities or miss deadlines as they hurt your case as well as the final decision.